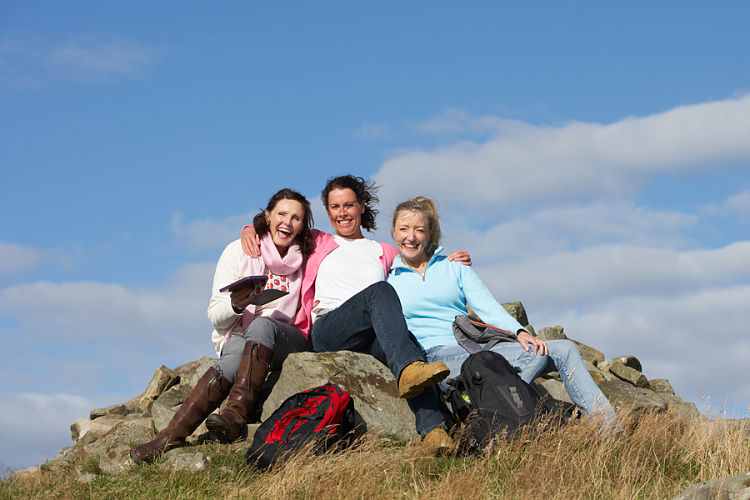 If you’re planning a tour of Scotland, I suspect your vacation is mostly focused on Edinburgh, Scotland’s capital city and transport gateway. If you have less than a week, just spending your whole time in Edinburgh is a good idea – there is just so much to see and enjoy.

If you have more than a week, I highly recommend jumping into a car and getting out of town – the Scottish Highlands and Islands are a surreal landscape that have been shaped by fierce north Atlantic weather, as well as history’s stage for war and controversy. Here’s an idea for a tour from Edinburgh that will take you about a week to complete.

Tip: This is just one idea. For more ideas and fantastically detailed maps, please take a look at Secret Scotland’s premium maps. By far the best information you’ll find anywhere for a tour of Scotland!

From Edinburgh, you have about a 90 minute drive before you truly hit the highlands (a geographic boundary). You’ll get to see one of Scotland’s most famous bridges, the Forth Rail Bridge, en route.

The first city you hit heading north is Stirling, often considered the Highland’s gateway city. It is a similar city to Edinburgh but with a more rural feel; it’s worth a stop to visit the castle, which offers towering views atop a cliff’s edge, as well as a variety of interesting architecture lining the surrounding cobblestone streets.

From Stirling, head northwest to start a clockwise circle around the highlands. You’ll be heading toward Scotland’s islands, which can add days to your journey time as only one island (Skye) is connected to the mainland by bridge. Ferries are infrequent and sometimes cancelled due to the weather, but if you have the time, the islands are well worth the effort.

En route to the coast, you’ll pass by Eilean Donan Castle, one of the most photographed castles in the highlands. You’ll also want to make a point to catch a glimpse of Jacobite Steam Train, sometimes called the Harry Potter train; even if the train isn’t running, the views of these old train lines are incredible, such as the Glenfinnan Viaduct.

While on the west coast, you should spend a night on the Isle of Skye, the only island with a road bridge to the mainland. This is a curse and a blessing: because it’s so accessible, there is more traffic on Skye, but it still retains some of the charming atmosphere — and hairpin curves on the roadway — similar to what you will find on the other islands. Spots you cannot miss on your tour of Scotland:  the Talisker Distillery, dinner at the Three Chimneys (often considered one of the top 50 restaurants in the world), and a drive past Kilt Rock, a spectacular lookout over the Atlantic.

From Skye, you can head up to the northernmost portion of the mainland, but in my experience, it’s not worth the long drive. While the drive is spectacular, the towns on the northernmost coast are disappointing.

Instead, cross the mountains and head for highland whisky country, where you can stop and sample Scotland’s finest along the Malt Whisky Trail. Glenfiddich and Cardhu are two of my recommendations; I also suggest taking a tour of the Speyside Cooperage, where they prepare the barrels used in the distilling process.

You’ll find a variety of B&Bs, castles, and other unique accommodations in the area, either in the small towns near the distilleries, or in the larger city of Inverness, about a half hour away.

Your circular drive of the highlands is almost complete; I suggest finishing your tour of Scotland by getting out of the car and stretching your legs in Pitlochry, one of my favorite places to vacation in the highlands. The town has several walking trails that are well-marked and range from easy to moderate difficulties; these trails take you through the area’s massive forests, waterfalls, hills and mountains.The town’s visitor center has maps and brochures that will guide you.

For Those Who Don’t Want to Drive….

If navigating the opposite side of the road isn’t your idea of a relaxing drive, don’t worry – multiple tour companies offer coach tours up into the highlands and islands. The upside is that you don’t have to drive, plus you get a bit of color commentary along the way, but the downside is that you are restricted to the schedule and itineraries offered. One of my favorite companies is Scotline Tours – buses depart daily from the Royal Mile and their guides are fun and informative.

For Those Who Want to Play Golf

Do you have any vacationing experiences in Scotland to share?